The end of a relationship often signals the beginning of a lot of drama. Too many times breakups deteriorate into childish actions, name-calling, and general immature, defensive drama. If you want to break up with your boyfriend, you should do so as calmly and evenly as possible, no matter what the reason is for calling it quits. If you want to beat the bad breakup drama, here are some tips to follow to help you keep things civil.

Have the Courage to Face Him

If you want to be an adult about things, to avoid drama, make sure you break up with him in an adult way. Do not ever send a text, email, or Facebook message to break up with someone. And, unless you have a long-distance relationship where you won’t be seeing each other for another three months, don’t do it over the phone. Break up with him in person, face-to-face. It’s the decent thing to do.

Where you break the news is also important. Don’t do it in public because no one else needs to get involved in your business. It’s preferable to break up with him at his own house, in private. This way he is in comfortable surroundings, and you can leave when the time is right. The last thing you want to do is allow him to come to your place and have to ask him to leave. 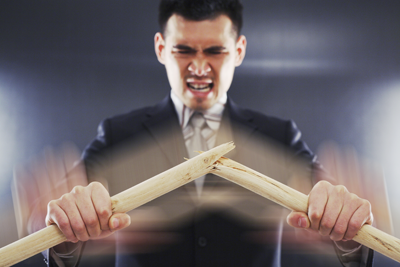 Be Clear and Concise

When you have “the talk,” clearly state your reasons for ending the relationship. Be as concise as possible. Do not over-explain your feelings, and do not criticize him or call his character into question, even if it’s the reason for the breakup. You want him to know that you have a valid, clear reason for ending the relationship, and you don’t want to draw things out.

Don’t Lie to Make It Easier

You might be tempted to assuage his feelings by saying something like, “Maybe we can try again in the future,” or, “I just need some space for a little while.” Do not say anything that gives hope if you do not mean it. If you don’t make it clear that the relationship has ended for good, you will likely have to deal with letting him down again down the road, which only means drama.

If you have mutual friends, do not bad-mouth him or discuss all the details of the breakup. The things you say will find their way back to him, and that will only create drama, tension, and bad feelings between the two of you, as well as your group of friends. Don’t try to make anyone choose sides.

After you break up with him, give him space. You wanted to end the relationship, so don’t confuse him by calling or texting him for any reason afterward. You don’t need to check on him or talk about things any further. Doing so will only create problems, so break it off completely from the start.

This post was generously provided by Michelle Leigh.
Michelle Leigh is a fashion expert, a self-described fashionista, and experienced dater who loves to share and write about relationships and dating.

2 comments… add one
Do I Have Poo On My Face? on Mission Notes
How Can You Tell If He’s Not Mr. Right?