When You Need It Most and Least Expect It

When most new mothers would expect help to come from capable, adult family members, there was a time when help came from a more unlikely, seemingly less-capable source. A family member that should be the recipient of nurturing and caring, and yet, in this time of need, became the nurturer.

Oh, he doesn’t remember it now, since he was very tiny at the time, but this little boy came through for his mama that day, in a way that was not only life-sustaining but joy-giving, for years to come.

His mother had just awoken from an unconscious state, due to low blood sugar, and was very disoriented and needed caring. He toddled around, appearing to be blissful and carefree. He had an inquisitive nature, attempting, daily, to find out what makes the world go ’round. And, yet, on this day, his roaming curiosity was put aside and he became “in-tune” with his mama, somehow, in his newly developing mind, becoming aware of his mama’s need and that of a newborn, as well. 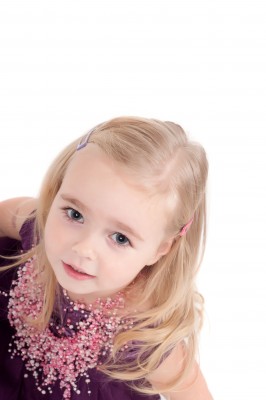 His tiny sister looked up at him, as if she was carrying on a conversation with this trusted sibling, tracking his every movement and reaching out to him with her eyes. It was as if she had been given an extra dose of calmness and peace, and joy, as she rested comfortably in the padded, safe environment of her cradle. Her big brother, who was quite little himself, would not have had the strength to lift her. He seemed to know that, instinctively, comforting her by leaning over her and smiling at her, instead of attempting to pick her up. It was as if someone was whispering calming words to the tiny human that she, herself, did not yet understand in verbal form, and yet, she rested in the confidence that she was ok and her needs and wants were being met. Little did she know that they were being met by someone not much older than herself, and that her mama was incapacitated at the moment. She was comforted. She seemed to communicate that everything was ok in her world and that she felt as safe as she would on any other day.

Throughout that day, the two year old managed to get a bottle for his baby sister, ensure it was the right temperature, and hold it for her while she drank. He was also able to entertain himself by turning on the television, and yet watching over his mama and his sister in the same room. It was as if he was given directions on how to perform the tasks needed. Oh, his mama was conscious, though weak, and gave what directions she could, feeling a sense of helplessness and frantic desire to care for her children, unable to perform to the level that she knew that she needed to perform. And yet, this tiny man child was calming, as if to say, “It’s ok, Mama. We’re watching over you and the baby.”

To this day, this story brings tears to my eyes. I do not understand why others to whom the request was made for help did not come through, but this I do know: In a moment when there seemed to be no solution, no help, no answer, the answer came, defying logic, and yet, through the miracle of a little child, love and joy extended years beyond that one moment in time. My hope is that you, too, my friend, may be encouraged that miracles do still happen…especially when we least expect them.

Note: I (Deborah) wrote this article and published it on another site, back in 2012. However, that site has disappeared and so I am re-publishing it here, for my audience.

5 comments… add one
As Simple As A Child’s Love
I Admit It… Now, Have Compassion on Those Around You