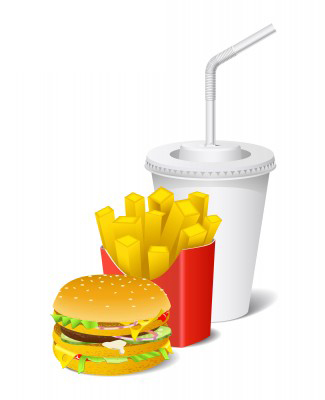 Recently, I visited a McDonald’s. (I know, many of my friends and probably some of you readers do not share the same love for McDonald’s…) It was your average McDonald’s, not too shabby, but not one I would mark on my map to go out of my way to visit. Yes, there are a few of those in my beloved California, although the operative word is few. The staff was, from first interaction, what I thought to be average. Did you catch that? I said, at “first.”

I ordered my favorite sandwich, the McRib, and got to my table to realize that it had two bottoms. At first, I thought it was upside-down, which would seem to take some extra effort, beyond the normal factory-procedure sandwich-making process. However, it was not upside-down. It was simply two bottoms. The bottom of a McRib is not quite as tasty as the top, so two tops would have been more enjoyable.

Since I am “green” and do not like to waste food, I did not ask for a replacement. I figured, “Hey, it is a mistake any of us could make and I will ‘eat’ the loss for the sake of avoiding waste.” I vacillated on whether to say anything, but then decided to mention it to the staff in case it was a matter of re-training in the “McDonald’s McRib Building” process, to help avoid future customer complaints and wasted food.

I went up to the counter to let them know, in the sweetest voice possible, and even mentioned that I did not need to exchange it. Well, I will spare you all of the details, but as I wrote in my complaint to McDonald’s Corporate, after the event, “I have seen better manners from five-year old children in public places” than what I witnessed in that McDonald’s.

A few days later, I received a very nice email from McDonald’s Corporate informing me that they had taken action. At first, I thought it may be a form email (and possibly it was a template), but it was way more than what I expected, which raised my level of confidence in McDonald’s Corporate, that they do care about the customer service level represented by their company and their franchisers.

Today, I received a call from the manager of the offending McDonald’s (franchise) and she offered me a free meal. I mentioned that I appreciated the gesture, but that it was not about the food as much as the customer service. She told me that they spoke to the employee gal and said the same thing. A simple acknowledgement of the error would have sufficed and avoided the whole complaint.

I got off the phone and thought to myself, “You know, I have probably done this gal a favor. The next time a dissatisfied customer comes up to the counter to talk to her, she will be less rude because she will not want a complaint filed against her.”

But, that got me thinking further. What is our motivation for being courteous to other people? Is it fear of a customer complaint? Is it fear of losing a job? Or, can we rise above that and be courteous because we think it is the right thing to do?

Compare that to speeding on the road. Do we follow the speed limit because we are afraid of getting a ticket, or because we really feel it is the right thing to do.

I’d like to think that we are courteous to be courteous, but, you know, if fear is the motivation, it is better than no motivation and no courtesy. And, after all, I do have the right to go to a different McDonald’s if I feel this one is not “motivated” to provide good customer service. LOL.

0 comments… add one
Coming Out Of The Closet
Looking For That Miracle and Got A Rock Instead?