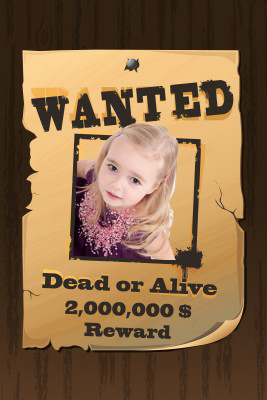 Did you know that I am an international criminal, wanted by the US and Canada?

This is what I was told by someone representing Prairie leadership, seven years ago, after coming to Prairie Bible College in need.

I haven’t lived in Canada since I was a toddler, so I must have been one naughty toddler to be so WANTED by both countries! And, such an honor to be considered an international criminal at such an early age!

Is this type of bullying sanctioned by religious organizations, under the heading of “leadership training?” Are scare tactic used to get rid of unwanted, possibly uncomplimentary, requests for help, in an attempt to ensure that the organization can come out smelling like a rose, the gospel is spread, and God is glorified? It would seem that if there are no problems to solve, then there is a perception of success.

Have the religious organization “bean counters” figured out the ROI (return on investment) of sacrificing a couple of victims here, re-victimization (bullying) there, and the collateral damage of a couple of family members on the side, for the return of spreading a message of God’s love to the entire world? Does the organization offer full disclosure to the new converts to explain that they may be part of the next transaction for the good of all mankind and their eternal salvation? Is this what is meant by “missionary training?”

These leadership and missionary training objectives are what I learned, from the Prairie professor on the other end of the phone, the day that I contacted Prairie for help and was told that I was an international criminal.

Note: Please refer to this link for background on this post.

Medical Response : Cause For Concern

Fast forward with me, please to adulthood. I started having what was defined by the Mayo Clinic (US) as “trauma seizures.” They performed a week-long study with those fun little probes and gadgets studying my brain activity. Mayo ruled out any other kind of seizure, in their diagnosis of seizures caused by trauma, and that trauma occurring in the early stages of life.

I argued with the doctors that they didn’t know what they were talking about and that I had a “loving” and religious family and it was impossible that I had experienced anything traumatic early in life. The doctor was not amused, but rather became very firm with me and lowered the boom, saying that this type of trauma seizure ONLY happens with EXTREME trauma at that early point in my life. Do you want to take a guess where I was living at the time? You got it, I was at PBI during that time of the extreme trauma.

I was already having veiled, silhouetted flashbacks by this point, and it seemed logical to visit PBI to see if it would help me to clear up what was causing the trauma memories. It would also be a great time to visit with the many family members up at Prairie.

I picked up the phone and I called one of the professors at the college, whom I knew because I am related to him. I told him my story and that I just wanted to find answers so that I could resolve the health issues. He told me that I should not come to visit Prairie, because “they are all dead.” That’s funny, I have relatives at Prairie that were alive when I was young and they are still alive, even as I write this… Pretty sure the live ones aren’t dead!

The next few comments sent shivers…. He told me that I was a bad person and that if I tried to come up to Prairie, he would have me arrested at the border. I tried to regain my composure enough to ask which country was going to arrest me and for what reason. He told me it didn’t matter and that one of the countries would arrest me. I assumed he had some sort of Prairie-ordained power, that was enough power to have control over the legal system of two countries. Ok, maybe a bit far-fetched, but when you are shaking like a leaf, the logic gets pushed aside and all you think about is the safety and preservation of your family, especially your children. This is called BULLYING. And, it worked!

Funny thing about “watching your back…” One starts to wonder who is connected to who. Our family’s response was to educate the children to trust no one who could be labeled as “family.” Already, the bullying by other family members was becoming too much for my children and it was my job to protect them. I had grown up with the teaching of bullying people into accepting religious teaching, overwhelming them with religious control and domination for “their own good” and I didn’t want my children to suffer in the same way.

How does this most recent bullying impact a family? When a family member desires to get together because they think they might be visiting the area where you live, you become “unavailable” because you don’t know if they will report your whereabouts to the bully who has already promised to harm you. You certainly don’t go to family reunions!

Like a good little “Prairie girl,” I didn’t talk about the bullying. I wanted to follow the Golden Rule, not treating the bully the way that he had treated me and my family.

I had figured out that I was not really “WANTED” for criminal acts in either country, let alone both countries, but, assuming that this person representing Prairie leadership meant what he said, it would require corruption to implement an arrest warrant in either country. If Prairie was willing to go that far, what else were they willing to do or say? Remember, the teaching that I had as a child was that the gospel was everything and anything that the children had to suffer was a sacrifice to God for the sake of the gospel. I guess that included abuse and bullying.

By the grace of God, and a magnificently wonderful husband and children, I have made progress in combatting the trauma seizures. I have covered a lot of ground and continue to do so on a daily basis. As a part of that healing, I decided to come out of hiding enough to rekindle the music and reach out to others and encourage them. It has been liberating to be only “partially hiding” instead of the “full hiding” that was directly correlated by the PBI bullying.

Why speak up about the bullying now? Because, I believe that there are abuse survivors out there who are afraid to tell their stories because they have been threatened, they are afraid they will be threatened, or simply bullied (as if there is a “simply”). I am here to say that I will stand by you, my friend, as you tell your story. I will never bully you, and I will stand between you and the bully, if need be, to protect you, my precious friend. I will be bullied no more, and I won’t let them bully you, either.

Note to RCMP, FBI, CIA, or any other legitimate law enforcement agency represented here: Please let me know if you are looking for me. So far, I haven’t seen my toddler picture on any Post Office walls.

2 comments… add one
Is It Hunting Season on Cockroaches, Yet?
Coming Out Of The Closet