Ok, let’s first assume that you have already figured out how to remove the toxicity from yourself and from your own attitude and behavior. You haven’t? Then, stop reading here, and let’s work on that first. Come back to this article a bit later in the journey. Hey, I’m still there for you! We will just work on first things first, and then talk about the environmental toxicity.

Now, for those ready to tackle the environmental toxicity, let’s continue. 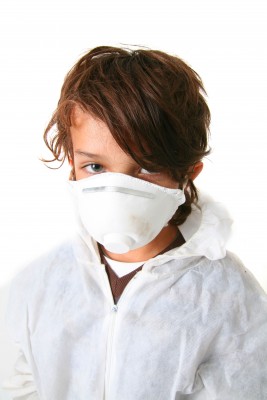 Let’s talk about what toxicity is NOT. While abuse is toxic, my reference to toxicity here is not abuse. If you are being abused, GET OUT! Let’s also be careful how we define abuse. I will not give you a precise definition, but abuse is not something where your husband accidentally leaves his slippers out an inch from under the bed, you slightly trip, and a nail is broken. But, then, lest I sound like I would insult anyone’s intelligence, I am sure that we already know this, eh?

So, what I am referring to here is a toxic environment that is NOT abuse and is not the toxicity that is within (and controllable within) yourself. Albeit, environmental toxicity can at least attempt us to become toxic, or want to become toxic!

In very general terms, toxicity is a negative environment, created verbally, non-verbally, behaviorally, etc, but not necessarily personally directed with intention (although it often masquerades and “feels” that way).

Here are some steps to get you going. I am going to summarize them, here, but may dig deeper, as needed in other posts:

Let me leave you with the icing. However, you will not really taste this icing until you have finished going through the ugly portion of this period of your life. If you practice these steps, calmly, without turning the toxic environment into a continual fighting match or World War III, you will see that your character and inner strength have grown and you will be better equipped for what you face in the future…. and better able to help others, should you desire to do so.