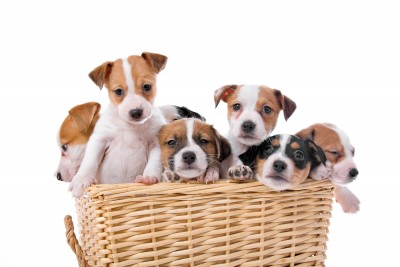 Thinking through different perspectives on “protecting the safety of the puppies.”

I have several friends who are animal rights activists. Hey, I love those critters, too! There is something that I really appreciate about these friends, and I was thinking about it just today. My animal rights activists ask me if they may have my permission to post messages on my Facebook timeline. Did you catch that? They ask permission. Personally, I think that is very classy. Of course, I always say, “Absolutely!”

Once I got past my admiration for my friends and how wonderful they are, I got to thinking about activism, as a movement and how it plays out, but more than that, what is at the other end of activism, especially in cases where there are living creatures involved.

First, I thought, I must be an activist for hugs and loving everyone because I have my “5 Hugs A Day” campaign. Right?

I looked up the word “activism” at meriam-webster.com and this is the definition:

“a doctrine or practice that emphasizes direct vigorous action especially in support of or opposition to one side of a controversial issue.”

Guess that rules out “hugging” since it isn’t vigorous. Could be, with a bear hug, I guess. But, there doesn’t seem to be a controversial issue involved. I mean, if someone doesn’t want a hug, no one is forcing them to be hugged. And. last I checked, there isn’t an anti-hugging group, is there?

So, what about animal rights activists? Their label includes the word “activist” and it is vigorous to rescue some of those animals and they would meet with opposition when trying to rescue the animals out of homes where they are being abused. Ok, let’s agree, for this post, that they are activists.

The other part of my thinking was the support roles in the equation of protecting animals. Once these animals are rescued, even if it is a vigorous and challenging process and it gets a lot of media, even social media, attention, what happens to the little damaged critters? I mean do the puppies get put in the middle of the vigorous battle, still injured from their recent ordeal?

I think, and dear friends correct me, the little puppies and critters go to a shelter where they may be bandaged and loved and hugged (See, you knew I would work that “hug” word in there again!) and loved. Their needs and wants being taken care of by those workers who not only love animals but spend many of their days doing just that, caring for the wounded critters.

It seems to me that both steps are important in the rescuing of the puppies, but should they happen at the same time, by the same group? Wouldn’t the puppies get stuck in the middle and subjected to cross-fire? I mean how do you bandage a puppy while the abuser is there vigorously opposing the activist? And, will the activist be a little too energized and adrenaline-charged to handle the puppy so that it doesn’t get scared, immediately following its rescue?

I can really see where both the activist and the shelter “huggers” are needed and I am thankful that the puppies can be taken out of the vigorous (activism) arena and protected, safe and sound and snuggly in the shelter, with kindhearted, loving, experienced “huggers” of animals.

And, thank you, again, my dear activist friends, for being vigorous enough to save the puppies, but classy enough to ask permission when posting on my Facebook timeline, and loving enough to bandage and snuggle the puppies. You rock, dear friends!

2 comments… add one
5 Successes Every Day
The Validation Vacuum