Several months ago, I wrote down this title, “Rudeness should be against the law” with the intention of returning to write the post, but at the time, the title seemed to sum up what I was thinking.

But, in reality, we all know that there is no way to make it against the law. I mean people have a right to be rude, don’t they? But, then, we have a right to NOT be around rude people. I’d like to think that we have the right to tell people they are being rude, but even with that, sometimes it is not prudent (cases where it will not change their behavior, nor even impact their future behavior). 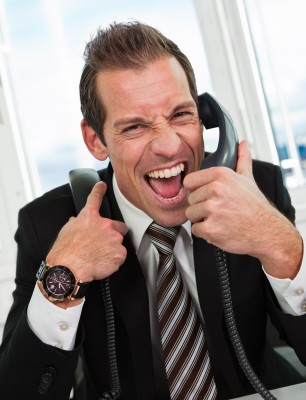 I was reminded of this post title when I read “How Not To Treat Your Fans” by Erik Peterson.

Erik relays an experience that he had while trying to encourage an indie band… Erik says it best, in his blog post. He describes the experience of saying what he believed were kind words, encouraging words, if taken the way he intended. They certainly were not rude words. He was met with a belittling response by the band member, indicating, basically, he was an idiot for asking questions that could be answered by Erik, if he had read every mark and tittle on the band website.

Did we (i.e. the band) forget that we are where we are at because of fan support? Our music may soothe OUR soul, as musicians, but if it is of no interest to other people (i.e. fans), they will not pass the starting point.

Ok, band and fan response aside, can we not change the presentation of what we say? I mean there is a large portion of rudeness that is in the words and the tone of what is said. In Erik’s case, the band could have answered kindly and said, “Oh, here, let me give you the information that you are requesting” without any innuendo implying that they think Erik is an idiot (which he most definitely is not!).

None of us are perfect and we are all works in progress, but maybe a slight pause to ensure that our presentation is kind and not belittling will help us to not contribute to the ever-growing group of rude and rude behaving people in the world.

2 comments… add one
When Should I Write A “Mommy Dearest” Book?
Thanking All The Negative Thinking People In The World
Posting....